Before you’d download this guide I want you to read George H. Sullivan’s story… Have you ever sat and looked at the person next to you, and wondered what was their story. What was it that they were was going through.

I have not always had things easy, hell I still don’t, but I work hard for what I want, and make sure that I get the things that I need. I was once homeless, literally. Living on the streets, with no one to turn to. I did not know where I was going to get my next meal, I even went days without sleep because I did not feel safe laying down to sleep just anywhere.

I could not turn to my family, because they did not want to have anything to do with me because of my lifestyle and because of the people that I chose to hang around. So I was left out there all alone. Mind you I had never been homeless, always had someone there for me, so when no one was in my corner supporting me, providing me with shelter, I felt like my world was falling apart.

Being homeless was scary, I did not know the people that were out on the streets with me, some of them, that was all that they knew. I did not want to get to close to any of them because I did not want them to think I owed them anything, so I just made the best out of it.

I found out where all the feeding spots were, where I could go and get clothes from, and where I could go to and take a shower. When it came to getting a bed at the shelters, it was first to come, first serve, unless it was during the winter time and the temperature was going to be very cold, then everyone got a bed that night. I went through this for 2 years.

In October of 2007, I made a bad decision and found myself in jail (don’t judge me). With the type of trouble, I was in, I could have gone to prison, but because that was my first time ever going to jail, the judge went easy on me. I stayed in jail until November of 2008. While there I had a chance to think clearly, decide what was best for me, and what it was that was going to make me a better person.

That was when I decided to get my life together. I met and fell in love with the person that would teach me that you can love someone despite their past, despite their mistakes, and that you can love them for the person that’s on the inside not for what’s on the outside. We stayed together from November 18th, 2008 until August 7th, 2009 when my love was given a pair of wings and passed away from cancer.

Since that day, I have worked hard to become the person that we talked about me becoming. I have graduated from college not once, not twice, but three times, and will hopefully be going to grad school in August baring no major issues. I purchased my first home 2 years ago, and have much more to accomplish. I said all of that to say this, just because life has dealt you a bad hand, does not mean that you have to accept that hand.

Strive for success, set goals for yourself, prioritize your life, limit the number of people that you hang around, if they are not positive, get rid of them. You will know who your true friends are when you go to them and tell them about something positive you have planned.

If they say go ahead, you can do it, they have your best interest at heart, but if they have something negative to say like “you don’t need to do that, that ain’t for you”, those are not the ones you need to be around. Let someone inspire you to do better, and you pay it forward by inspiring someone else.

Alive After Amerika by Bob Parker 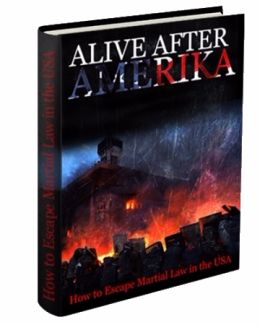 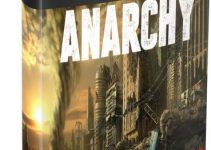