I’ve been on dating sites for as long as I can remember and maybe that’s too damn long at this point. I’m in my mid 30’s, still single and picky as hell when it comes to guys. At least I tried to be picky, but that went nowhere. Then I lowered my standards and tried to get to know guys out of my comfort zone. That went nowhere either!

However, I did eventually meet a guy; we’ll call him J. He recognized me from having previously chatted on OK Cupid a while back and before that, we had chatted in 2012, but it never went anywhere. This time we mustered up the courage to meet and talk on the phone. Our first meeting was at a local bar; we played some pool, then chatted for a bit. After that we talked on the phone almost daily, getting to know each other, talking about very personal details of our lives.

But, somewhere in those conversations, I began to feel like something wasn’t adding up. For one, he stated that he had a Buddha mentality….how he is a lover and not a fighter, but yet he told me in order for him to be a MAN, he should pick fights with other guys. Seriously?

He also told me had some things on his record and talked really awful about his daughter’s mother(that she’s bi-polar, crazy, abused him and is always picking fights with him). I finally casually asked him for his middle name and he told me, to which I then googled him and found a recent mugshot.

He had been arrested in January 2016 for violating a Protective Order(he told me his ex went to jail over the protective order), but in fact, it was him that went to jail. And that didn’t happen just once. He was also arrested previously for the same thing in 2013. I saw that his criminal record went way back to his early 20’s and involved lots of different things; drinking, disorderly conduct, drugs…at what point do you think you should grow up?

After learning all that I did about him, I was scared to enter into anything with this guy. He had already been displaying a few red flags. One of them being the fact that after we met up once, he was asking when we were shutting down our dating profiles, because he wanted to get serious. Another red alert was that he constantly talked to me about our future and how committed he was in relationships.

Anyway, between the red flags and his criminal record, I decided he’s not worth my time. Any man that’s willing to commit to you after one meeting and talks about what could be in the future, is either really desperate, lonely or they have intentions to manipulate & abuse you. Much like I’m going to assume that he did to his daughter’s mother.

The Monogamy Method by Jason Rogers 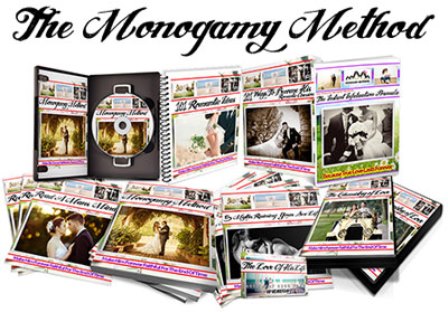 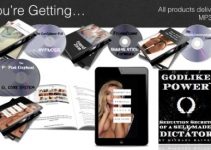