The famous American psychotherapist Samantha Sanderson talks about the difficulties which men experience while dealing with women and gives tips on how to talk to the man. Some of the tips are shown below. If you want to understand the science of conversation with a man’s heart, then you definitely need to download this dating guide.

1. When I’m upset or under stress, I am very sensitive to the tone of voice. It is much more important how the woman says something than what she says.

Most women, when they are upset, focus on the subject, but not men. Men also pay attention to the content, but for them, non-verbal communication such as tone of voice is much more important. When a woman is upset she screams, screech and use stinging remarks, but do not expect a positive effect from this. When women behave in this way, man feels only one thing – for him, it is direct aggression, and he must either reflect this aggression or withdraw from the battlefield.

The more negative emotions you express, the louder you shout, the less he can hear and understand what you mean. Men are less cope with emotions than the women, and more intense is the emotion, more he feels stunned. Maybe he deserves to yell at him, but remember the louder you yell, the less he understands.

2. I do not always understand what I feel. That is why I rarely speak about it.

The men have one feature about which most women do not know. Men cannot recognize his feelings because often those feelings are poorly expressed. Often, a man does not feel anything at all. In order to “feel” something, a man should make efforts and feelings must be extremely strong: a passionate love or defeat of favorite soccer team:).

So, if you want to know what man actually feels for any reason, you should make him focus on this, asking, “What you think about that…”. You will not get an emotional response like from of your girlfriend, but at least it will be the beginning of dialogue because it is much easier to start sharing thoughts than your feelings.

3. If I say something, and my actions are not in accordance with the words, pay attention to the deeds, they will tell the truth.

Observing the deeds will show what actually man thinks and feels, and will allow understanding his true intentions. It is sad to admit, but often words mean nothing. Man does not give the same value to them as a woman. This is because men tend to say what they feel at the moment. And since they do not always feel some emotion, then they urgently need to express some emotion immediately when they appear.

If in some moments a man feels that he is in love and happy, he can say or promise something in which he truly believes at that moment, but maybe he will not keep his promise when the emotions will subside. Such behavior, of course, is an indicator of immaturity, but, unfortunately, so many men behave in that way.

Talk to His Heart by Samantha Sanderson 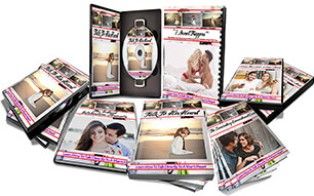 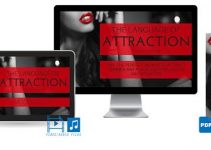