Maybe I should finally tell this story. I have been ignoring it and putting it on the shelf for too long. My name is Donna, and this is one of my life experiences. Three years ago I enrolled in university. Quite girl, not a lot of people I can relate to. I’m always thinking about everything all the time, hence I find my self quite and just observing rather than engaging in conversations or anything that is happening around me.

However a year later I found myself surrounded by a group of people that refer to as my best friends, there were 10 of them. They were all so different and seemed to be full of life, and I guess that is what drew me into them. Our personalities were like an electromagnetic spectrum.

So different yet we worked so well together, to produce the perfect friendship. Among those groups of friends, there was a boy. Yes, you guessed it, this is a story of a simple girl and a simple boy falling in love. By the way, I highly recommend Carlos Xuma’s e-book The Bad Boy Formula. I bet you will be amazed by his dating tips and tricks.

I was never in a relationship before, no one ever confessed their undying love for me or even had the slightest of interest in me, and I was okay with that. I was okay with it until I got broken. I always believed that whatever I cannot control God or fate or whatever you believe in will take care of it, that eventually, things will work out somehow. That is why I never seek relationships and I never look at boys with anything more than friendship interests at heart, and whatever happens, happens. I lived a happy life like that until he came along.

It was one of our usual group hangouts, that day is when everyone truly got together and the group was formed, it was the day I met him. He’s an intelligent guy with such a hearty personality. But most of all we understood each other on another wavelength than everybody else. I guess that is what drew me in. Like before I never saw him as more than a friend for a long time.

But then he started treating me different to everyone else like I was the only one who understood him, which was true. We had our own jokes, our own way of communication it was fun and new. And I saw a glimmer of hope, that maybe this is the time that I was special to someone.

Flashback to the beginning of my university life, I met a girl. She was so special. We had the exact same train of thoughts. She was so mature and basically my person. A semester later we moved into the same dorm room, we are roommates / best friends now. We are inseparable.

Like me, she didn’t like to socialize much and she had her restrictions. But the difference is that people interest me, I love observing and occasionally interacting with different personalities than mine, she doesn’t. She’s a pessimist I am an optimist. I usually invited her to our group hangouts, sometimes she comes, other times she doesn’t.

So two semesters after we moved in, she started hanging out with the group regularly. And then after a while, she told me that there is a boy that she liked so I started guessing who he might be, she wouldn’t tell me at all who he was even though by that time I pretty much knew who it was. She is very expressive, everything she is thinking or feeling shows on her face, so I had to get a confirmation. I started throwing names at her and look at her reaction. I repeated his name a few times and her reaction was exactly the same every time. Confirmed.

She finally admitted who the boy was and further confirmed my predictions. She also told two other friends and we would sit down every day trying to figure out if he likes her back or not. I so wanted this to work out. I wanted it more than anything for her because she deserves to be happy, she has been through a lot for a 19-year-old. I knew the guy and he is such a good guy, he is very decent and such a gentleman.

But because I knew him I also knew that relationships were not for him, he was so focused on university work all the time and his only goal in life is to be as successful as possible. However, I knew those two too well and I could see them together. If there was any girl he would go for, it would be her. Their personalities fit together like pieces of a puzzle.

Two weeks after she told me and the other girls. I finally told her to tell him, just get it out of her chest, and I strongly believed that he liked her back, because I knew her and him like the back of my hand. Eventually, she gave in, but she said she couldn’t do it it would be too hard on her if the answer was no. So all of them agreed that I should ask him if he liked her or not since I knew him best.

So I did, I asked him the next day and he said no, he said that he did not feel anything towards her, he asked if she liked him and after getting her consent I told him yes she does. But that did not change his mind either. That night was my birthday. I never cried so much in my life.

They stopped talking and she stopped hanging out in group situations. A few months later I asked her if how was she doing after what had happened and she said she was doing just fine and that she never really liked him anyway and that she was just looking for a rebound after her recent breakup. A year later which is the present things changed. To be continued. 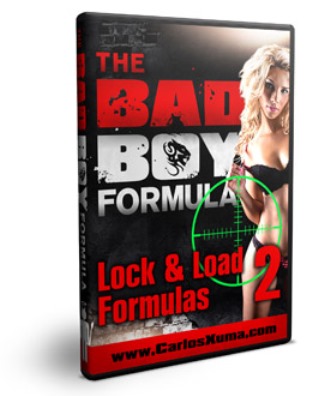