Mechanical eye trauma, inflammation of eyes, metabolic disorders and many factors that are difficult to organize, can also lead to the emergence of Eye Floaters. By the way, Daniel Brown’s book “Eye Floaters No More” describes the unique method of Eye Floaters treatment at home. I recommend this guide to all my readers!

What can you do when Eye Floaters appear?

The best thing when Eye Floaters appear is to see an ophthalmologist. It is advisable to see a specialist in eye bottom, the retina specialist. A doctor with such specialty is in every clinic that deals with laser vision correction, as well as he is in medical centers that specialize in diseases of the posterior segment of the eye.

In addition to the examination of the fundus, it is advisable to do an ultrasound of the eye. And it is very important to consult a doctor as soon as possible in case of spontaneous increase in the number or size of Eye Floaters and, especially, with the appearance of sparks or lightning.

However don’t panic when Eye Floaters appear, especially when a small number of it appears, which causes psychological discomfort rather than real problems with vision. There are Eye Floaters that one person sees in bright light when looking at snow, blue sky, and they are almost permanent. Sometimes a person pays attention to them, sometimes he doesn’t.

Do not be surprised that in some cases the specialist does not detect problems with the vitreous body at all. The size, structure, and composition, as well as the location of Eye Floaters — all this is of importance to detect the causes of the phenomena that disturb patients.

In some, however, rare cases, Eye Floaters can spontaneously disappear. Most often opacities in the vitreous body do not disappear physically but simply leave the visible area. If the doctor has not found out any vision-threatening problems, such a situation does not require treatment, it is only necessary to adapt to this phenomenon psychologically and not to pay attention to it.

However, this is not always possible. In some cases, the phenomenon of Eye Floaters leads to optical effects that significantly reduce the quality of vision. Let’s consider the known methods of Eye Floaters treatment.

Let’s start with non-pharmacological and non-surgical options. It is assumed that the status of the vitreous may be associated with the general condition of the body. Thus, if there are systemic problems, i.e. diabetes mellitus, it is necessary to treat this disease. There is standard advice on maintaining a healthy lifestyle are such as quitting bad habits, maintaining a physical form, that is, perhaps, the entire arsenal that any patient has in his personal possession.

At the moment there are no medicines with proven efficacy which are able to remove the Eye Floaters or to prevent new ones. Unfortunately, many manufacturers of medicines and biologically active supplements are speculating on this issue and declare the effectiveness of their products.

This procedure is done using a neodymium YAG laser. The doctor affects opaque fragments sighting with a laser, breaking the fragments into such small particles that should not interfere with the vision. At the moment this procedure is not widespread and there is no great number of ophthalmologists who practice it.

Perhaps the most famous is Scott Geller and John Karickhoff from the USA and Brendan Moriarty from the UK. It is believed that the consequences of the method can have very serious side effects that exceed the therapeutic effect. 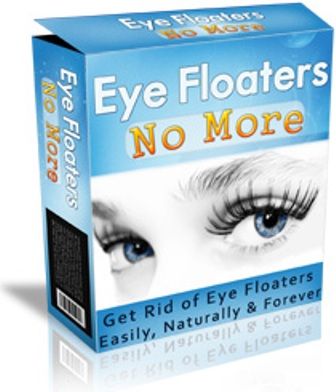 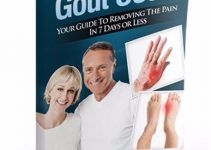