Training of the skills, which are called motor skills, is the cornerstone of any athlete training. People, who really want to learn how to jump and get results, need to initially grasp the truism that it can be done only with technique. Repeated exercises with a focus on technique lead to the fact that their execution has been going reflexively.

The human psyche is arranged in such a way that he or she can’t perform any operation without understanding the action. Usually, all athletes are drawing their jump in their own imagination, or even reciting their actions. Imagination is a kind of action programming. A mistake in your imagination will result in a mistake in your actions.

This part of the training is usually called the ideomotor. Repeated mental representation and pronunciation of action promote muscular and circulatory systems, as well as the repetition of exercises. Therefore, work on the technique of your jump is at the base of your training, as well as work with ideomotor component and psychological setting: I can – I have to – I will do it.

High jumping is multistage and multi-sport, which consists of several interconnected elements. One can find the next elements: run, push, complex process of flight, and finally, skillful landing. Run accumulates energy, which will help your muscles to perform a jump. This energy has a horizontal position at the beginning of your jump. The kinetic energy of your jump makes it possible to convert that accumulated energy from horizontal into vertical.

The most difficult part is the flight. Your body performs the whole complex of difficult action during the flight, which is intended to move the bodyweight center, to overcome the force of gravity and carry the body and legs over the bar. You need to perform skillfully landing in order to avoid bruises and injuries.

Many experienced athletes concluded that training for the technical implementation of these elements can be consistent. All beginners need to understand this idea. First, you need to run, then push, perform flight and landing.

Such training involves work with technique, the buildup of strength and muscle power, and, of course, the will and the psychology of a winner. In order to solve the mentioned problems, one should select new tactics: select yearly, monthly or weekly cycle, select exercises and plan your goals.

Competition soul, of course, is inseparable from self-improving. But you need to understand that your main rival is your own personality, and your major victory – is a victory over yourself, over your weaknesses and shortcomings. Psychology attacks physics and in a while defeats it. If one wants to jump defeated himself, he’s going closer and closer to his or her goal, without any fear of new rivals, because the main goal has been already reached.

Do you want to jump higher? Aren’t you satisfied with your jumps? Hiller’s course is really what you need right now. The training program consists of books and video in HD. All steps are thoroughly described. But that is not the most important part. The most important is that Hiller’s guide is really effective. Your jump will grow for a couple of inches in just one month. 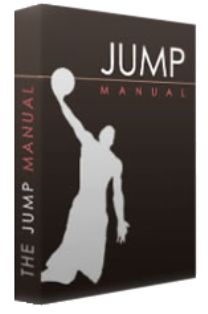 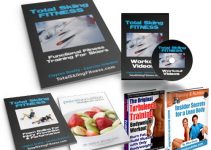 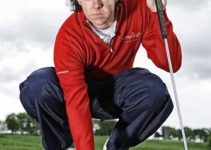